Gustav "s4" Magnusson is a renowned multi-positional Dota 2 pro with a long history of high-level play. s4 is one of the very few players who have a championship in The International and a city Major. He also made one of the most iconic plays in The International history. In game five of the grand finals, s4’s Puck canceled the teleport of several Natus Vincere players while his team was pushing the base, allowing his team to inflict game-winning damage to the buildings.

s4 started his career in 2012, but it took off to legendary status when he joined Alliance in 2013. They won The International 2013 together. s4 went through a period of playing with other teams and then returning to Alliance. Most recently, he played for Evil Geniuses. Now he’s back with Alliance again, as their offlaner and captain. s4 is known for his play on Puck, Magnus, and Batrider. 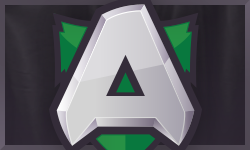